The most determined defender and financier of General Paul Kagame’s crooked development record is the World Bank. The two — the autocrat Kagame and the arrogant World Bank — are not accountable to the people of Rwanda. Whatever they decide goes unchallenged. The good news is that on February 27, 2019, the World Bank was stripped of its legal immunity. The Supreme Court of the United States rejected the World Bank’s claims of legal immunity. The Court ruled that the Bank can be sued in relation to lending activities. The ruling means that the World Bank now has to defend against suits by communities around the world whose livelihoods are damaged by its actions. The Bank’s argument that loss of immunity would make it a target for lawsuits that could cripple its ability to fight poverty was rejected. We in Rwanda should think of ways for holding the World Bank accountable for its actions. Here is an organization that shamelessly sustain Kagame’s developmental lies without a care about the price the people of Rwanda have to pay. The same World Bank worshipped Kagame’s predecessor, dictator General Juvénal Habyarimana. The World Bank is addicted to Rwandan autocrats. We now have an opportunity window to challenge the Bank  and the dictators. 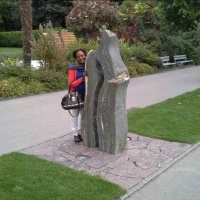