RE: LET 2022 CHOGM SET A GROUND FOR AN INCLUSIVE INTER RWANDAN DIALOGUE

It is decided. Irreversible. Or almost. The Commonwealth of Nations, an organization whose values and principles are democracy, good governance, human rights, rule of law amongst others, is going to hold its highest meeting in a liberticide country, Rwanda[1]. For a common citizen, this is heart-breaking. Why? Because in a country under dictatorship, where top leaders have no respect of their own people they are supposed to protect, the hope is turned to external forces, and the Commonwealth is a such force. You can imagine what a disappointment it can be to wake up to the news that your hope, your expected advocate is supporting your persecutor! The leadership of ISHEMA Party, a political organization in opposition to the ruling party RPF, takes the liberty to alert you on what you might not be aware of and could harm the good image the Commonwealth citizenry has of the noble organization. At the same occasion, we request your mediation between the government of Rwanda and the opposition through an inter Rwandan dialogue to shape the future of our nation where “never again” shall have sense.

I. Kagame, the Commonwealth Chair-in-Office (CIO)

One of biggest achievements in the process of self-realization of any dictator would be to be legally recognized as the Head of more than 50 countries from all corners of the globe. For Mr Kagame, this would not have happened, had the leader of Rwanda respected the Constitution of 2003 which provided that “under no circumstances may anyone serve more than two presidential terms”. The President whose role is to guarantee the protection of the Constitution failed his mission, not by omission, rather by a deliberate action aimed at self-aggrandizement, self-enrichment, and exclusion as well as deprivation of others’ rights on political participation and competition.

That is the man who, from June 2022, will chair the Commonwealth of Nations for two years. His mission will be inaugurated in front of his peers who de facto shall be exposed to the temptation to behave like him in leadership style, as long as it serves to become a CIO! All of this sends waves of frustration, revolt, and loss of confidence in the Commonwealth of Nations organization. The result might be to have a body with two disconnected parts: the head made of a clique of leaders chasing egotistic gains on one side, and the rest made of the common citizens who see no advantage to belong to the Commonwealth of Nations, on the other side. It is like having a Queen with no people, or a General with no army.

With your renowned intelligence services, you should know that the ruling party exercises control on all economic and financial sectors. During the CHOGM days, accomplished businessmen and women will gather in Serena Hotel side by side with the most successful businessmen and women of Rwanda.  The famous RDB has already announced numerous expected contracts to be inked. Good news so far but hold on.

We all agree that these types of contracts are supposed to benefit the citizenry of the Commonwealth. For that to happen, there must be in place systems of checks and balances and an accountability process, all of which are non-existent in Rwanda.

For sure, will be present at the business forum Mr Denis KARERA, the brother to Rwanda ‘s High commissioner to the UK, Johnston BUSINGYE[2], most probably Mr Bertrand NDENGEYINGOMA, the son-in-law and Mr SEKOKO both cited in Panama Papers for public funds embezzlement. Then, Ms Clare AKAMANZI will take to the stage to announce fake statistics[3] on which the Rwandan mirage is built. Businessmen and women from far away will fix eyes, hypnotized by the beautiful lady,they will have no courage to question the “success” story of the 21st century. Nothing will be said about the geographic self-isolation unilaterally decided by Kagame at the dawn of AfCFTA[4] signature, and nobody will dare ask how the Commonwealth of Nations counts to bring people together by closing borders with neighbouring countries[5]! And at the end of the forum, a report will praise resolutions reached on to keep strengthening (non-existent) ties among the organization’s citizens. By denying this reality one proves the incapacity to deter the common people from seeing the Commonwealth of Nations as a club of oligarchists from colonizer countries and cliques in power from former colonized countries.

During CHOGM days in Kigali, notable women from the 54 countries will join the Rwandan First Lady to celebrate the role of our mothers, sisters, and daughters in human development. A big question remains unanswered: would the Commonwealth of Nations constitute an inclusive forum in a country where exclusion is institutionalized, legalized, and practiced on a daily basis?

Every keen observer can bet that outspoken women like Ms INGABIRE Victoire[6], Ms RWIGARA Diane[7] and her mother RWIGARA Adeline will be persona non grata in the room. Women from Bannyahe who saw their lands seized by Mr Denis KARERA won’t have a chance to vehiculate their ordeal, Ms IDAMANGE IRYAMUGWIZA Yvonne[8] will still be craving in prison for having exercised her constitutional right of free expression. She will always be remembered to have been the first person to request publicly that her loved ones killed in genocide be buried according to Rwandan tradition, contrary to the current practice. Other women such as I whose dream is to have Rwanda as a united nation won’t participate in the proceedings of the forum because we are forced into exile. In the end, it might be concluded that the Commonwealth is supporting, even promoting exclusion and human rights violation, instead of respecting its own Charter.

When Rwanda was admitted as a member of the Commonwealth of Nations, we found it as a laudable step to bring the country under commitment to work towards the rule of law, democracy, and liberties internationally recognized as universal. For a country recovering from genocide scars, it was a moral duty of the Commonwealth of Nations. Thirteen years later, it is unfortunate to realize the level to which things have worsened[9]. This is the very topic that should be discussed during the people’s forum. Does admitting a country regardless of its performance in terms of principles and values of the Commonwealth help to improve?

The people’s forum will lack resources to provide an unbiased reflection on this topic because people who would have contributed constructively to the debate have deliberately been excluded.

And still, the Commonwealth will brag about the principles such tolerance, consensus, agreeing to disagree, dialogue, good governance, democracy, etc, ignoring that:

It is estimated that out of 2.5 billion people living in the Commonwealth of Nations, about one billion are aged between 15 and 29 years.While preparing programs to empower the youth for readying them for tasks of leadership, it is equally important to bear in mind that leading by example has the biggest part in the education they receive.  How does holding the CHOGM in a liberticide country help the youth to become better leaders? How does keeping sweet speeches and empty promises of a better world while turning deaf ears on grievances of the common citizen improve the youth’s understanding of values and principles of the Commonwealth? How does cooperation with dictatorships create democratic culture and social justice in youth’s behaviour?

These are topics that should be discussed during the youth forum. It is easy to avoid them, thanks to a busy schedule. Busy doing what? In Praise of blood[12], I guess.

VI. Since the decision is already made, let’s CHOGM in Rwanda be an opportunity to abide by the Charter of the Commonwealth of Nations.

“We emphasise the need to promote tolerance, respect, understanding, moderation and religious freedom which are essential to the development of free and democratic societies and recall that respect for the dignity of all human beings is critical to promoting peace and prosperity.

“We are committed to peaceful, open dialogue and the free flow of information, including through a free and responsible media, and to enhancing democratic traditions and strengthening democratic processes.” Charter of the Commonwealth on freedom of expression.

In 2016 and 2017, our team tried to go to Rwanda to start the registration process for our political party. The Rwandan government ordered all carriers to not allow us on board “because Rwanda was not prepared to accept us”[13]. By denying us our right to return[14] to our motherland the RPF committed serious error that can justify any armed struggle. Indeed, when the same RPF invaded Rwanda on October 1st, 1990, the casus belli announced was that they were refused to return home.

A country that suffered from genocide and war crimes that went unpunished so far, requires a keen attention from the whole international community. The decision of the RPF to change the “Rwandan Genocide” into a mere “Genocide against Tutsi” constitutes clear evidence of exclusion against the victims from Hutu community who have no right to commemorate officially their lost loved ones. Some countries have objected[15][16]. Inter Rwandan dialogue is a must to shape together a nation where “never again” will have a sense, and we believe the CHOGM can play a role in mediation between the opposition and the government of Rwanda. This will prevent armed conflicts and other forms of unrests.

It would be a successful CHOGM if the Inter Rwandan inclusive dialogue would be called on the side-lines of other forums to take place. The participants should be representatives of:

Should be present to witness the dialogue process:

In conclusion, it is important to underline that without dialogue, the tolerance has no room and consensus shall not be reached. When grievances keep amounting and nothing is done, one would be naïve to expect harmonious society and durable peace. Let the Commonwealth of Nations contribute to peace and harmony in Rwanda. You have the power to act before it is too late.

[9] On Rwanda’s noncompliance with the UPR recommendations: A letter to UNHRC | GAHUNDE

[12] Amazon.fr – In Praise of Blood: The Crimes of the Rwandan Patriotic Front – Rever, Judi – Livres

[16] Explanation of Position on the UN General Assembly Resolution on the Rwandan Genocide – United States Mission to the United Nations (usmission.gov) 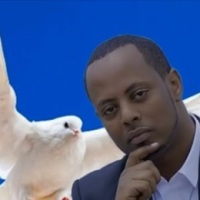