On February 18, Ugandans went to the polls with high hopes that the country had turned the proverbial corner, following the political maturity exhibited during the three months when the presidential candidates ran largely issue-based campaigns.

Coming in after the 2011 elections that were characterised by voter apathy and low turnout, these elections promised to be different and the excitement of a people eager to choose their leaders was palpable. The social media was abuzz, with Ugandans rallying their friends and family members to turn up and exercise their democratic right.

Unfortunately, the outright mismanagement of the voting process by the Electoral Commission and the arrests and harassment of opposition leaders even before the announcement of the final results (the incumbent, unsurprisingly, was declared the winner) dampened the spirits of citizens and cast doubts on the Uganda government’s commitment to a transparent and credible election.

On Thursday voters, many of whom turned up at their polling stations before the 7.00am (0400 GMT) opening time, spent hours in long queues waiting for the voting to start after materials arrived late.

Some of the delays were simply inexcusable: How do you explain failure to deliver polling materials on time to a station that is 200 metres away from the headquarters of the Electoral Commission? In the end, some of the voters gave up and left. Voters in some 38 polling stations had to return the next day to vote, an inconvenience they had not anticipated.

As former Nigerian president and head of the Commonwealth Observer Mission Olusegun Obasanjo observed, delays of three, four, five and even six hours, especially in Kampala, were absolutely inexcusable and did not inspire trust in the system or process.

In addition to the mismanagement of the polling process, the aftermath of the voting has been anything but civil. Leaders of the opposition were harassed, arrested and their offices and homes raided, forcing at least one foreign mission to caution its citizens to stay indoors.

Elections should provide an opportunity for people to choose the leaders they want, and reject those they don’t want. It would be unfortunate if it turns out the 2016 election failed to offer Ugandans this democratic right. 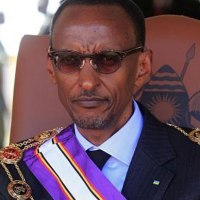