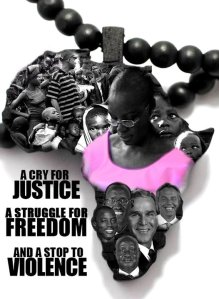 On February 23rd 2014, the online news outlet theRwandan asked its Rwandan readership to vote from a list of nine names the candidate who could become their next president in 2017.

From the outset, the list of names seemed to be a problem. There were some personalities that were not supposed to be there. I questioned the criteria that had guided the selection. This was my opinion. I decided to ask the editor about that issue. The commissioner of the opinion pool replied saying that the only objective of the exercise was to measure the popularity of preeminent Rwandan politicians.

I was finding that some personalities were even missing from the list. In my views, these individuals were worth being put forward for a popularity contest as well, because they had persistently voiced their concerns about Rwanda. They are as politically ambitious as anybody else and I don’t think they would decline the opportunity of accessing to the top office if they had that chance. Simple popularity contest or not, I could not agree with whatever criteria had guided who to put in the competition or who to exclude.

Back to the listed candidates, according to the Rwandan constitution which provides for only two terms for the president, since Paul Kagame is already in the middle of his second term, we could logically consider that the votes of those who selected him should be considered as invalid. There are as well candidates such as Victoire Umuhoza Ingabire, Deogratias Mushayidi and Bernard Ntaganda who have been sentenced by Rwandan courts for more than six months of imprisonment. We can argue on the fairness of their trials. That is the reality. However, unless the regime which has convicted them through its judiciary system is removed from power, its judgements against these politicians could prevail, come 2017 elections. And because of that they would not be eligible for any public office, this again according to the Rwandan laws. Could we all agree that they have been unfairly treated by RPF which does not respect anybody’s right and always seek to tarnish anyone who could be a threat against them!

With a closer look at the scores, what do we have? What might have influenced people voting for such candidate and not this other one?

Paul Rusesabagina comes last. On the candidate’s credit is the fact that he saved more than one thousand Tutsis by sheltering them at Hotel des Milles Collines, this during the 1994 genocide. Such heroic act has attracted him broad international praise and triggered the production of the movie Hotel Rwanda. He has foreign friends particularly Americans who would like to see him become the future Rwandan President. As the score shows, he however lacks something that the voters see him being unable to deliver to become their leader.

Theogene Rudasingwa is the spokesperson of RNC. Former adviser of Paul Kagame and ambassador to Washington, since the creation of the party, he appears to be the front runner of that grouping of ex-RPF top strategists. He has been instrumental in diminishing the image of FDU-Inkingi which was the main political party of the opposition, but of recent has significantly been weakened despite the incontestable popularity of its leader. Would the weak score in the opinion poll be a result of persistent distrust among voters for the former RPF thinkers and top operatives? This might probably be the case.

Bernard Ntaganda and his party PS-Imberakuri were the only officially registered political party of the opposition until 2010 when it was infiltrated by RPF and split into two factions. Lawyer by profession, Ntaganda is part of the new generation of Rwandan politicians, but probably because of his imprisonment in 2010 which deprived him of freedom of speech for expressing his party’s positions and the personalities of other candidates on the political scene, he could not shine much in the present competition.

Deo Mushayidi is as well a former RPF high rank official, but his early defection to the opposition and his political positions made him more credible than his comrades. He has been sentenced to life imprisonment, apparently because he is ideologically a threat to the very existence of the foundations of RPF regime. He presents intelligently what the RPF regime wrongly stands for, or its contradictions about: protection of the Tutsi minority, democracy, development and justice.

Kigali V Ndahindurwa, is the ex Tutsi monarch, that Paul Kagame cannot stand, because he represents rightly or wrongly a threat to his total authority in the country. That he still gather some supporters, this means that, despite the abolition of the monarchy in 1961, there are sympathisers of what he represents in the Rwandan community.

Paul Kagame should not normally be featured among the competitors for reasons explained above. Sorry that I cannot comment on the score he managed to get. The Rwandan constitution is clear: no third term for a president.

Thomas Nahimana is another member of the younger generation of Rwandan politicians. His party Ishema, though only one year old, has brought on the Rwandan political scene new elements that were lacking: transparency, organization and demand for excellence. Its approaches appear less opportunistic than those of other political formations. For that reason, sometime it has seemed controversial in its positions. For example, though Ishema understands the plight of the Rwandan refugees, particularly those trapped in Eastern Congo, it does not espouse working with the rebel movement FDLR as long as violence could be part of solutions to bring political change in Rwanda.

Faustin Twagiramungu is a politician of the old guard. At some extent he is comparable to the Congolese opponent Etienne Tshisekedi for having served regimes that he fights against today. Always controversial in his views, though still popular in certain circles particularly among the youth which sees him as an opportunity for change, his past alliance with RPF and its disastrous consequences for the country continues to impact negatively on his credibility.

Victoire Umuhoza Ingabire, leader of FDU-Inkingi, is coming on top of the contest of popularity among Rwandan politicians for a number of reasons: she has come a long way and endured a lot of sacrifices; being the first Rwandan woman to want to become president; in her quest she publicly challenged Paul Kagame’s policies and particularly the many injustices that target the Hutu population. Despite the fact that her political party is presently divided and she is imprisoned, she represents for the majority of Rwandans indistinctively a window of hope for peaceful change.

I did not insist on ethnicity in this highlight of the outcome of the opinion poll because if it was of paramount significance, Hutus who are at the bottom of the list could’ve scored better than Tutsis who are higher in the scoring. This is the case of Kigeli V Ndahindurwa, Deogratias Mushayidi, and Theogene Rudasingwa. I think though ethnicity cannot be totally ignored, there seems to be other factors at play which are more important than that.

Between the three top scorers: Victoire Umuhoza Ingabire, Faustin Twagiramungu and Thomas Nahimana are all Hutus. None of them can totally reassure the majority of Tutsis who only feel safe when one of theirs is ruling. But this notion of safety must be understood in the sense that it means when Hutus do have their fundamental rights because that has been the case historically. In other terms, only Tutsis feel safe when Hutus are oppressed.

In order to overcome such situation my suggestion would be for example for Hutu leaders to seek alliance with people like Deogratias Mushayidi, a Tutsi leader who has persistently demonstrated an uncompromising understanding and objectivity in his interpretation of the Rwandan problems: social, economic and political.

Opinion polls like this one are online exercises which imply that to participate one needs to have access to Internet. For example it wouldn’t be wrong to assume that voters who participated into this competition of popularity among Rwandan politicians are significantly Rwandans living in exile, particularly in the West where access to internet is much more spread than in Africa including Rwanda.

Inside Rwanda the scoring could’ve been different for many diverse reasons if voters could’ve been informed about this competition and had access to internet. Some of the factors which could’ve played on their minds are: RPF daily influence and propaganda, level of objective knowledge about the candidates, etcetera. 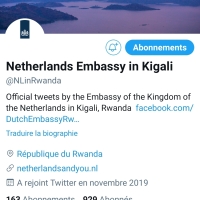 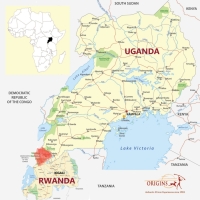 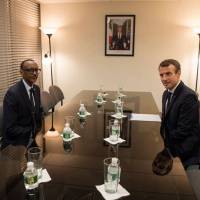 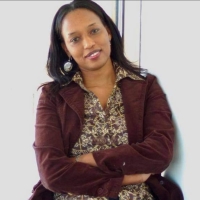 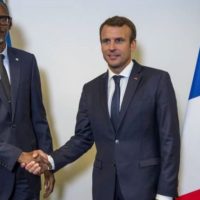