The FBI is investigating accusations that a Rwandan diplomat in Washington crashed a St. Mary’s University Zoom class, apparently to snoop on the family of Paul Rusesabagina, a famous dissident imprisoned in that country.

Rusesabagina became known for saving 1,268 people during the country’s horrific 1994 genocide, a role dramatized in the 2004 Hollywood film “Hotel Rwanda.” He fell out with the country’s new president, Paul Kagame, and became a Belgian citizen and permanent U.S. resident living in San Antonio and Brussels.

Last summer, he was duped by a friend in Dubai into getting on a private plane to Rwanda and was jailed, accused of aiding an armed opposition group. An international campaign has been trying to secure his release.

St. Mary’s President Tom Mengler said in a university news release that the Rwandan government used a spy “to listen in” on an April 6 videoconference class involving students, staff and guests. Rusesabagina’s son, Tresor, attends the class, and the Zoom session also included the student’s mother, Tatiana, and a sister, Anaise Kanimba.

The FBI interviewed several witnesses this month, said Bill Israel, the associate professor of communication studies who led the class.

“They just seemed pretty interested,” Israel said. “They were also pretty tight-lipped about giving away any information, but it was clear that they were interested in what we had to say.”

The university’s information technology department identified the intruder as Charles Ntageruka, who used the initials “MN” and entered the Zoom meeting for three minutes and signed off, the school said. The caller returned to the session until Israel challenged him and severed the connection.

Ntageruka is a second counselor at the Rwandan Embassy in Washington, according to his LinkedIn profile, Israel said.

The entry to the Zoom session was illegal and “gained by access somehow to our system that we can’t explain,” with Rusesabagina’s family the likely target, Israel said.

Rusesabagina, 66, is a longtime Kagame critic. He is being tried on 13 charges that include financing terrorism, complicity in murder, recruiting child soldiers and forming a rebel group. If convicted, he faces up to 25 years in prison. His friends in the United States and Europe call the accusations absurd.

Kagame has run the Central African country since 2000 and is credited with leading it into a period of stability and prosperity, with a focus on reconciling its two major tribal groups after the bloodletting of the 1990s. Human rights groups have accused him of torturing and killing opponents.

The Rwandan genocide claimed the lives of as many as 1 million ethnic Tutsis and moderate Hutus, though Tutsis also engaged in more limited massacres in parts of the country in the genocide’s aftermath, according to reports.

Rusesabagina emerged as a heroic figure for his cool-headed sheltering of Tutsis trapped for 76 days at a hotel he ran. President George W. Bush presented him with the Presidential Medal of Freedom in 2005.

Kitty Kurth, a Chicago publicist and friend who advises Rusesabagina’s nonprofit foundation and is pressing for his release, said he is refusing to attend his trial because he has not been allowed to meet with his lawyers.

“This intrusion by a member of (Rwanda’s) diplomatic corps into a St. Mary’s class shows the paranoia of President Kagame’s administration in seeking to quell a rising chorus of international outrage over its kidnapping of Mr. Rusesabagina,” Mengler said in the release.

Rusesabagina’s reputation within Rwanda itself has grown tarnished under the Kagame regime, where survivors’ accounts of the hotel siege now differ, with some casting him as a profiteer. Even survivors who remember his actions as selfless and humane now criticize his alleged affiliation with a rebel army whose attacks from neighboring countries have killed civilians, according to a March 7 profile in the New York Times Magazine by Joshua Hammer, who covered the 1994 genocide as a Newsweek correspondent.

“What I have learned in the course of this inquiry is there are two kinds of Rwandans — those who flee and those who are on the government payroll,” Israel said.

Rusesabagina’s defenders say the Kagame regime became adept at not only twisting the truth but using protesters to shadow Rusesabagina when he made speaking appearances around the world.

The intrusion of a university Zoom session was in that character, said Rusesabagina’s friend Kurth.

“This is not the first time that the Rwandan government has come at Paul using academic institutions as a vehicle. This is kind of part of a much larger, longer pattern, so while we were surprised at what happened, we weren’t shocked,” she said.

The State Department said it intended to “advocate for legal proceedings against Mr. Rusesabagina to be fair and transparent, consistent with our strong global commitment to the rule of law.”

The university noted that U.S. Sen. John Cornyn, R-Texas, and Rep. Joaquin Castro, D-San Antonio, joined 30 others in a bipartisan letter urging Rusesabagina’s release and return to the U.S.

Kurth said Rusesabagina has been denied medicine for hypertension his family sent last fall via the Belgian Embassy. Rwandan jailers give him an unspecified drug every day, she said, but his blood pressure is still high.

“He also remains in solitary confinement,” Kurth said. “They open the door to his cell two hours a day so he has natural light.”sigc@express-news.net

Sig Christenson covers the military for the San Antonio Express-News and been with the paper since 1997. He was embedded with the 3rd Infantry Division during the invasion of Iraq in 2003, and has reported from Baghdad and Afghanistan seven times since.

A Houston native, he covered the Branch Davidian siege, the 1994 Pensacola abortion clinic shooting, the 2003 space shuttle breakup over Texas, the 2009 Fort Hood shooting and its subsequent legal proceedings, as well as hurricanes, tropical storms and floods since 1986, among them Rita and Katrina and Maria.

Some of his projects include “Witness to War,” a special section recounting the invasion and early occupation of Iraq, and “The Only Retreat,” a three-part series detailing the only U.S. defeat during the invasion.

He’s won awards from Hearst Newspapers and the Associated Press, including Texas APME’s Specialties Reporting category in 2008, and was named “Reporter of the Year” by his peers in 2004.

A graduate of the University of Houston, he is a co-founder, former president and former board member of Military Reporters & Editors, established in 2002.

For a look at his work over time, see http://www.sigchristenson.com E-mail Sig at saddamscribe@yahoo.com 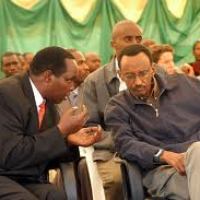 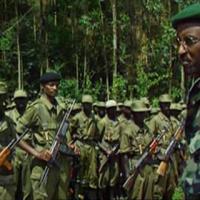