NO THIRD TERM : Even after the maneuvered Referendum, Paul Kagame’s candidature remains unconstitutional !

Even after the maneuvered Referendum, according to the new Constitution, Paul Kagame’s candidature remains unconstitutional

Subsequently, the leading Team of ISHEMA Party declares the following:

«The President of the Republic is elected for a term of seven years renewable only once.

Under no circumstances shall a person hold the office of President of Republic for more than two terms”.

And following is the Article 101 written in the revised Constitution of December 2015:

«The President of the Republic is elected for a five (5) year term. He or she may be re-elected once ».

Here is the text of the famous Article 172:

« The President of the Republic in office at the time this revised Constitution comes into force continues to serve the term of office for which he was elected.

Without prejudice to Article 101 of this Constitution, considering the petitions submitted by Rwandans that preceded the coming into force of this revised Constitution, which were informed by the particular challenges of Rwanda’s tragic history and the choice made to overcome them, the progress so far achieved and the desire to lay a firm foundation for sustainable development, a seven (7) year presidential term of office is established and shall follow the completion of the term of office referred to in the first paragraph of this Article.

The provisions of Article 101 of this Constitution shall take effect after the seven (7) year term of office referred to in the second paragraph of this Article”.

2.Therefore, this article sets the orders as follows:

That is all. No paragraph does grant an exception to the current president to run for the third term at the end of the second.

III. The principle of legal non-retroactivity in application

1.The Rwandan Constitution revised in December 2015, published in the official gazette in its special issue on the 24th December 2015 and implemented from the same day, does not hold the annihilation capacity upon  Kagame’s two previous terms. It on contrary recognizes the two terms by confirming that Kagame should pursue his current term. See the first paragraph of Article 172.

2. As such, the revised Constitution having failed to neither create new rights nor exceptional provisions for the incumbent, Paul Kagame’s tentative candidacy must always respect the principle of presidential term limits.

3.Paul Kagame shall not run for the third presidential term constitutionally baseless.

4. For that, by unexpectedly announcing his candidature, eighteen months before future electoral timing, President Paul Kagame is caught red handed in violation of the Rwandan Constitution.

IV. To the International Community, the partners of Rwanda, the organizations of human, civil and political rights as well as all friends of Democracy, we recommend:

1.To take time and re-read analytically the Rwandan Constitution.

2.To Dissuade Paul Kagame in his attempt to violate the Constitution.

3.To assist Rwandans in the struggle to make sure the Constitution is duly respected, to arrest and try Paul Kagame once he stubbornly transgresses against the Constitution.

4.To exercise pressure on Paul Kagame in order to open up the political space, to set free all political prisoners,  and to accept the dialogue between the government and the political opposition with the aim to prepare a conducive political environment prior to the elections of 2017.

5.To support the members of ISHEMA Party and New Generation partners in their plans to return and take part in the political life in Rwanda according to modalities set by the congress to be held in Bruxelles  from 15th to 17th January 2016.

The candidate of ISHEMA Party and the New Generation Coalition for 2017 presidential elections. 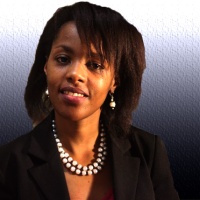 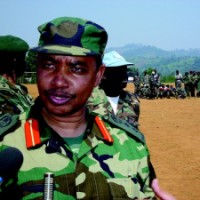 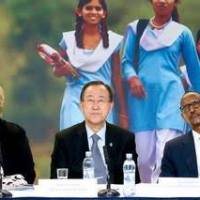