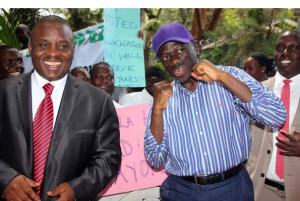 Kampala Lord Mayor Erias Lukwago and former Forum for Democratic Change (FDC) president Kizza Besigye have said they would not accept the Kampala Capital City Authority Tribunal report that gives the KCCA Council a go ahead to remove the mayor from office.

Addressing journalists at the Katonga-based Inter-Party Coalition offices yesterday, Mr Lukwago said the tribunal had enlisted several irregularities in the process of compiling their report.

Among these, he says, is the fact that the complaint had arisen from representatives of a council that is not yet fully-constituted, making it an illegality.

Mr Lukwago also said High Court Judge Vincent Zehurikirize pointed out the incapacity of a non fully-instituted council to initiate the process, in a 2012 ruling.

Disagreements
“So how do the councillors petition that I had failed a council that was not in existence in the first place? They are now rushing to elect the four councillors so they can go on to censure me,” Mr Lukwago said.

“I will not bow before [President] Museveni no matter the intimidation and pressure. I am willing to pay the ultimate price for the democracy of Uganda,” Mr Lukwago, who was flanked by Dr Besigye and MPs Muhammed Nsereko (Kampala Central) and Betty Nambooze (Mukono Municipality), added.

He and Dr Besigye announced they would call a consultative meeting at Nakivubo Stadium on Monday, to discuss a way forward.
Dr Besigye blames President Museveni’s desire to take over Kampala through “conspiracies to remove the Lord Mayor”.

“The process of censuring the Lord Mayor has been fraudulent from the beginning in violation of the law and the reason why it overrode all views and laws is because of the overwhelming desire by President Museveni to take over Kampala,” Dr Besigye said.

“We want to tell the people of Kampala, especially those who overwhelmingly voted for the Lord Mayor, that he is there to stay and the voters are also there. We shall meet to forge a way forward since this is the time to face up to the dictator,” Dr Besigye said.

The proof. The tribunal found that the petitioners proved eight of the 12 particulars pleaded, but did not adduce sufficient evidence to prove the rest.
The petitioners hence proved a prima facie case for the removal of Mr Erias Lukwago from the position of lord mayor of Kampala Capital Authority.

The removal. Section 12 (17) of the KCCA Act empowers the Minister for Kampala after receiving the tribunal report to convene an Authority meeting within 14 days. The motion for a resolution for the removal of the Lord Mayor is then moved within 14 days, and failure to do so renders the resolution time barred .

The mayor is allowed to appear in person or be represented by his lawyer during the proceedings.
Defending self. If a decision is taken to remove him from office is reached, he has a right to appeal to the High Court within21 days and court may confirm or revoke the decision of the Authority. 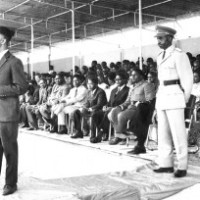 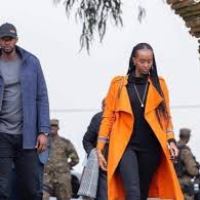 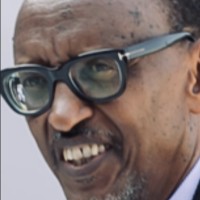 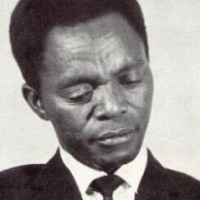 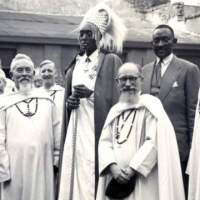 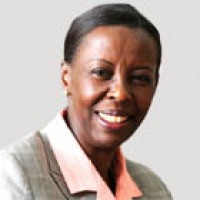