Prof. Galia Sabar traveled to Rwanda and Uganda to hear about the Sudanese and Eritreans’ wretched living conditions — partly courtesy of Israel. 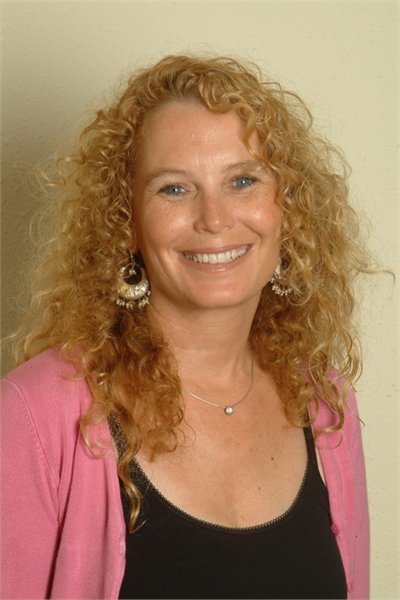 The villa in a well-off neighborhood in the Rwandan capital Kigali looks perfectly normal. In recent months, new residents have arrived regularly, but they remain for only a few days. The villa, discovered by Prof. Galia Sabar, is a way station for Eritrean asylum seekers who have agreed to leave Israel for Rwanda.

Sabar, the head of African Studies at Tel Aviv University’s Middle Eastern and African History Department, traveled to Uganda and Rwanda two months ago to learn the fate of these asylum seekers. In Rwanda, the main country where Israel has sent them, Sabar didn’t meet with a single asylum seeker.

That’s because they didn’t remain in Rwanda. They typically spent only a few days there before making their strange trip to neighboring Uganda.

“They land in Kigali and a representative whose name you constantly hear, John, arrives. He knows who’s arriving and how many people, and he helps them go through immigration,” says Sabar, who collected the testimony of 17 people.

In Kigali, the authorities take the laissez passer document that Israel gave them and they’re put in a minivan, she says. They’re told they’re being taken to a hotel. The hotel is that villa in Kigali. At least they have the $3,500 they were given by Israel as a “leaving grant.”

They’re required to pay $10 to $150 for two nights. Once they enter the building, they can’t leave without permission from John. The gate is closed and protected by a guard.

“They were told that it was forbidden to wander around Kigali, and Rwanda in general, without documents; they’d be arrested and put in jail,” Sabar says.

In Uganda, she asked asylum seekers how they got out of Rwanda. After a day or two John would come and say “we’re waiting for at least eight people.” They then had to pay between $250 and $400 to be smuggled over the border to Uganda.

“That means the smuggling is a regular act by that man, who told me he received all his information from the Israel Police,” Sabar says. “He knows exactly who’s coming and how many. He has an entire network that helps get them out.”

They are each allowed to take a small bag. “They reach a certain point in a Rwandan vehicle — of course at night. From there they go on foot, and I have entire descriptions: They’ve told me how they bend down and run” until they cross the border.

“Smugglers are waiting for them on the Ugandan side. They walk again for a bit and another vehicle picks them up on the other side. Everything is totally organized.”

This testimony completely contradicts Israeli claims that the third-party countries the Eritreans and Sudanese are sent to are safe, don’t deport asylum seekers, and let them file asylum requests and work for a living. Two months ago, based on these commitments, Attorney General Yehuda Weinstein approved the request of then-Interior Minister Gilad Erdan to send Eritrean and Sudanese asylum seekers to Rwanda and Uganda — even against their will.

Based on this policy, dozens of asylum seekers at the Holot detention center in the south were told they had to leave Israel within a month. If they refused, they would be jailed at the Saharonim Prison, also in the south, for an indeterminate period.

As far as is known, everyone who has received a deportation order is still being held at Holot — even though the final date for their departure has passed. Earlier this month the Be’er Sheva District Court rejected a petition by human rights groups against the deportation and detention of asylum seekers, saying the petition was premature because the state had not yet jailed asylum seekers who have received deportation notices.

Through last month, more than 1,500 Eritrean and Sudanese had left Israel for third countries as part of the program, says the Population and Immigration Authority. The government has not revealed which countries are involved, but they are widely believed to be Rwanda and Uganda.

Ugandan officials have denied the existence of any agreement with Israel to receive asylum seekers. But Rwandan President Paul Kagame has said Rwanda is in the final phases of crafting such an agreement.

Government sources have told Haaretz that such agreements are indeed in force, but Rwanda and Uganda don’t want them made public, and Israel has agreed.

Over a year ago, Haaretz found that asylum seekers were sent to Rwanda and Uganda without any formal status or basic rights. A report released two months ago by two nonprofit groups — Hotline for Refugees and Migrants and the Assaf aid organization for refugees and asylum seekers — found serious faults with the process of “leaving of their own free will.”

The report, entitled “Where there is No Free Will: Israel’s ‘Voluntary Return’ Procedure for Asylum Seekers,” was based on telephone interviews with dozens of asylum seekers who have left Israel. These people said Rwanda and Uganda did not provide protection, legal status or guarantees for the deportees’ safety.

The testimonies Sabar collected support the findings of both Haaretz and the NGOs. She conducted all her interviews in the Ugandan capital Kampala; the interviews lasted up to three hours. She met with some interviewees more than once.

It was always the same story: Rwanda, John, the villa in Kigali, the smuggling route, and the claim they would be able to find asylum and work legally at a reasonable wage in Uganda. She heard the same story from people with no link to one another.

The Rwandans and Ugandans know that every Eritrean asylum seeker has $3,500 in his pocket, Sabar says. “All the people I interviewed said that at one stage or another a Ugandan official demanded payment from them. Sometimes is was $150 or $200,” she says.

“Three told me about another young man; he got $1,000 taken from him. And if they don’t pay then of course the Ugandan police say they’ll arrest them and put them in prison,” she says.

It sounded amazing to her; the same guy who picked them up at the airport was responsible for the network. So she decided to try to meet John.

Her telephone conversation with John was conducted in English, lasted 20 minutes and included long silences. John was very nervous.

“Who sent you?” he asked. “No one, I’m from the university,” answered Sabar.

John refused to meet her. “I don’t want to talk …. I help them …. I can’t talk because it’s a complex system. I don’t want problems,” he said.

Sabar tried to understand exactly what his job was and who he worked for. “I don’t know the entire process. I received a phone call from a policeman in Israel,” he said, probably referring to an official from the Immigration Authority. “He asked me to help them. I only help. I don’t want to talk about it.”

Sabar tried to get more information out of him to confirm the stories she heard. “You meet them at the airport?” she asked. “Yes, yes. I come and welcome them. I take the papers they bring and pass them on.”

So Sabar asked to whom he gave the Israeli-issued documents. “I don’t want to talk, I don’t want to get into trouble …. Look, I’m scared all the time,” he said. “That’s what I do. I try to help, to be polite and help. Sometimes they’re so frustrated they blame me.”

Later he told Sabar the Rwandan authorities were sending him to greet the asylum seekers. The precise information on the arrivals he gets from Israel.

Sabar notes the asylum seekers’ living conditions in Kampala. “I was in their homes. I know how much it costs to rent a room for a month, what the cost of living is, transportation — they have no chance to survive,” she says, adding that the migrants were living in Kampala’s “most miserable poor neighborhoods.”

“A communal room without water, sewage, without anything, and these are neighborhoods made out of mud — it’s $65 a month. A room one rung higher that’s reasonable and clean is $300,” she says.

“It’s sort of a long train of rooms, and at the end there are [squatting] toilets and a shower and water that’s communal for all the asylum seekers. I didn’t see anyone with his own room. Men were living there in pairs.”

Very few asylum seekers chose the two higher levels of housing. “Two were real entrepreneurs and took a sort of house in Kampala, which cost something like $600 [a month], but there are eight rooms there, so they’ve sublet to others who came after them,” Sabar says.

“So they’ve opened a kind of hostel. The next level was the Asmara motel, a kind of hotel; there they pay per day. If you’re there for a month, it reaches something like $350 to $400 per bed.”

A very modest standard of living costs $450 a month, assuming the asylum seeker cooks his own very basic food, Sabar says. So the money from Israel can last up to six months.

“I stood in Kampala facing a man in his late 50s, an Eritrean who was in Israel for four years. He spoke amazing Hebrew. He lived most of those years in Eilat and worked for the Isrotel hotel chain,” she says.

As she quotes the asylum seeker: ‘Everyone knew I was a good person, honest and liked, and in one day everything was destroyed. I received a summons to Holot and they threw me away like a rag.”

There was also a 21-year-old with incredible Hebrew who lived in Jerusalem and Tel Aviv. Two years ago he took a massage course.

Sabar quotes him: “I came [to Kampala] and said I’ll survive, I’m young, I’m healthy, I have a profession, I have a certificate and everything. At every hotel I went to in Kampala I said I wanted to work in their spa or guesthouse. I showed them the certificate; they were very impressed it was from Israel. I took a test and passed. Then they said: Bring us your refugee documents” — which he didn’t have.

Sabar asked him why he didn’t file an asylum request. He said that at the office of the UN High Commissioner for Refugees in Kampala, he was asked where he came from — and he couldn’t tell the truth. He was afraid that if they knew he came from Israel, they’d send him to Eritrea.

“You see the various stations in this horrible journey for survival,” says Sabar. “And when you think about the road ahead of them — they talked all the time about Libya and crossing from Libya to the sea. What can these people expect?”

Sabar notes how she had already studied asylum seekers in Israel for six or seven years. “But the people I met in Uganda had this burned-out look; the only others I’ve seen with this look were in refugee camps. This is a feeling of no future and no hope.”

Asylum seekers who left Israel for Rwanda describe a hop…

Prof. Galia Sabar traveled to Rwanda and Uganda to hear about the Sudanese and Eritreans’ wretched living conditions — partly courtesy of Israel. 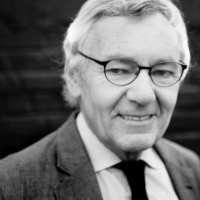 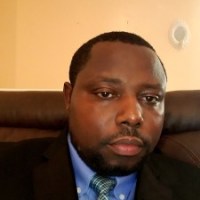