The United States welcomes the announcement by the Government of the Democratic Republic of the Congo (DRC) of the start of military operations against the Democratic Forces for the Liberation of Rwanda (FDLR), an armed group that has inflicted immeasurable suffering on the civilian population of eastern DRC and Rwanda for over 20 years. The UN Security Council has mandated the UN Organization Stabilization Mission in the DRC (MONUSCO) to protect civilians and, in support of the DRC authorities, to neutralize armed groups including the FDLR. Last July, the International Conference on the Great Lakes Region (ICGLR) and the Southern African Development Community (SADC) gave the FDLR, including its leadership, a clear deadline of January 2, 2015 to surrender fully and unconditionally or face military consequences. However, the FDLR failed to deliver on its promise to surrender and instead used this period to continue to commit human rights abuses, recruit new combatants, and pursue its illegitimate political agenda.

In October, the ICGLR and SADC heads of state reaffirmed that military action should take place in the absence of a full surrender of the FDLR, and on January 8, the UN Security Council reiterated the need to neutralize the FDLR through immediate military operations.

The United States fully supports DRC military operations with MONUSCO against those members of the FDLR who have failed to surrender. We encourage the DRC and MONUSCO to continue their coordination and joint planning and to take immediate steps to end the threat from the FDLR.

We stress the importance of these military operations being conducted in a way that protects and minimizes the impact on civilians, in accordance with international law, including international humanitarian law, and in line with the UN’s human rights due diligence policy. The neutralization of the FDLR will contribute to long-term peace and stability for the people of the Great Lakes region. 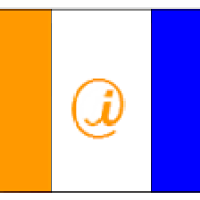