The Rwandan People Government in exile on an official visit in Australia.

a) Paul Kagame is leading a military dictatorship and oppressive regime that ultimately gives him the power to kill democracy and human rights in Rwanda. He has also maneuvered 2015 Referendum results as a false excuse for him to cling to power,

b) Since Paul Kagame is not confident of winning the elections by universal suffrage and feeling the political pressure the opposition is exerting on him, he has closed political space and as a proof, he has refused entry to Rwanda to Father Thomas NAHIMANA (Leader of Ishema Party and the New Generation Movement) and his delegation on November 23, 2016, and January 23, 2017, respectively. Father Thomas NAHIMANA had a plan to register ISHEMA political party and participate in the upcoming presidential elections taking place on 3-4th August, 2017. This decision confirms Kagame’s intention to refuse the rights of Rwandan people to repatriate and contribute to the development of their home country.

c) Kigali dictatorial and discriminatory regime is wasting lots of money trying to force african countries harboring Rwandan refugees to forcibly repatriate them when their leaders cannot be given access to Rwandan soil.
d) The government of Rwanda in exile ask the international community and the donor partners of Rwanda to exert pressure on Kagame’s regime for some specific reasons:

1. Opening talks with the Rwandan People Goverovernment in exile.
2. Unconditional release of all political prisoners including madam Victoire INGABIRE and Mr. Deogratias MUSHAYIDI.
3. Postponing the presidential elections.
4. Forming a transition government including opposition parties that will prepare free and fair elections.
5. When Kagame refuses to listen to the voice of rwandan people and intentionally rejects the political inclusion in Rwanda, he should be held responsible for any consequences this can cause.

Done in Canberra, Australia
On May 24, 2017
Madam Marine UWIMANA
Minister of Finance and Commerce 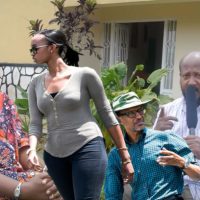 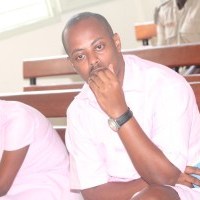