Leaked footage of a controversial “oath” ceremony at the Rwandan High Commission in London has fuelled allegations of an aggressive global crackdown on dissent by the authoritarian government of the small East African nation, dubbed the new “North Korea” by its critics.

Members of the Rwandan diaspora have told the BBC that such ceremonies are commonplace and designed to instil fear and obedience.

One man said his relatives back in Rwanda had been abducted and possibly killed to punish him for refusing to co-operate. The Rwandan authorities have dismissed the allegations as false and unsubstantiated.

In the video footage, recently circulated on WhatsApp, more than 30 individuals can be seen standing in a crowded conference room at the Rwandan embassy in the UK, raising their hands and pledging loyalty to the governing party, the Rwandan Patriotic Front (RPF).

“If I betray you or stray from the RPF’s plans and intentions, I would be betraying all Rwandans and must be punished by hanging,” the group says, in Kinyarwanda, while also promising to fight “enemies of Rwanda, wherever they may be”.

The RPF’s use of an embassy – which in London is close to Marylebone Station – for an overtly political pledge is, in itself, noteworthy.

But, while some of those attending the ceremony – understood to have taken place in 2017 – may well have been genuine supporters of the governing party, now living abroad, others have told the BBC that many attendees were there under duress. 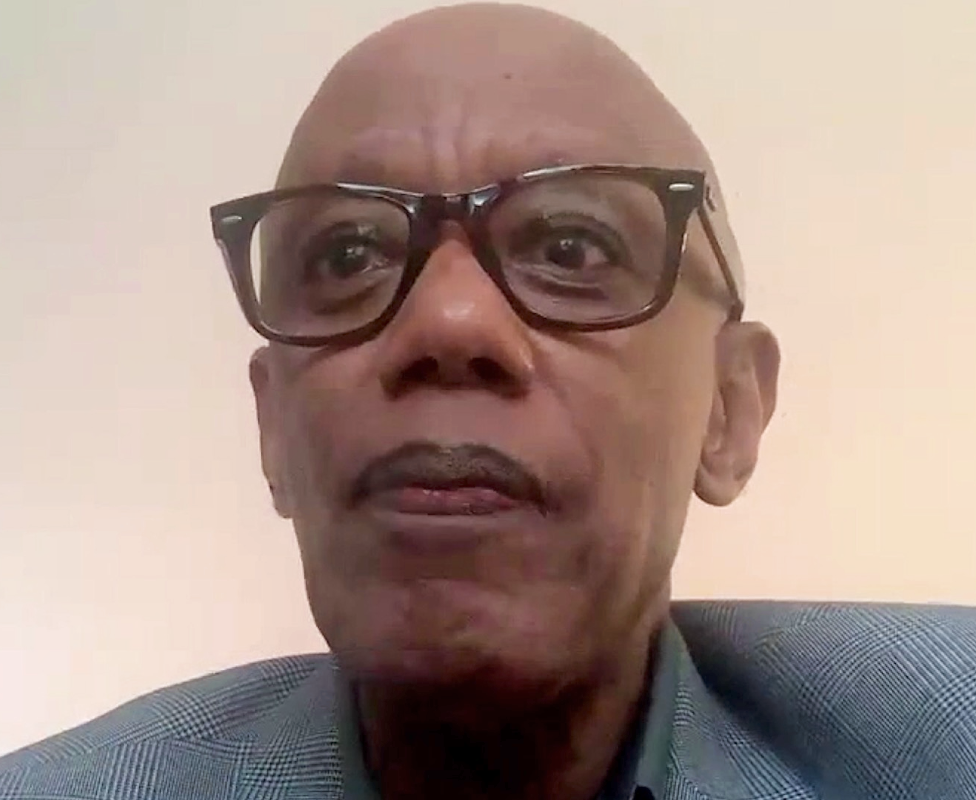 BBC”This is what happens everywhere. It’s routine. Either you take [the oath] or you are [the] enemy. It is black and white”David Himbara
Ex-adviser to President Kagame

“I am certain the majority of people taking that oath did not believe it. We were lying to protect ourselves and our families back in Rwanda,” said one person who was – according to our investigation – present at the ceremony, but who asked us not to reveal their name for fear of reprisals.

“This is what happens everywhere. It’s routine. Either you take [the oath] or you are [the] enemy. It is black and white,” said David Himbara, who was once a senior adviser to Rwanda’s President Paul Kagame.

He is a Canadian citizen, academic and activist who says his life has repeatedly been threatened by Rwanda’s security services.

“The vast majority go because they’re terrified. They think that if they don’t go, something will happen to their family [in Rwanda],” said Rene Mugenzi, a British-Rwandan human rights activist, who was recently convicted of theft in the UK and jailed.

“You need to be active [in the RPF]. Even if you are neutral… they suspect you to be supporting opposition groups,” he said.

Asked about the “oath” ceremony, the Rwandan High Commission replied, by email, that members of the diaspora used its conference room for a variety of cultural engagements and that participation in an RPF loyalty pledge was legal and “entirely of their own choice and no-one is forced to do so”.

‘My brothers were abducted’

But the BBC has heard new evidence that Rwanda’s government has not only sought to threaten members of the diaspora seen as disloyal, but also that it seeks to punish such people by targeting their relatives still living in Rwanda.

“In order to intimidate me, they abducted my two brothers. They were never involved in politics. They were on Rwanda soil. Why should they be paying such a heavy price for doing nothing?” asked an emotional Noel Zihabamwe, from his home in Australia.

Mr Zihabamwe is a prominent member of the Rwandan diaspora in Sydney, who came to the country as a refugee in 2006, seeking to escape what he saw as an increasingly stifling and repressive political climate.

He says his refusal to actively support the RPF government prompted a public death threat from a visiting Rwandan diplomat in late 2017, which he reported to the Australian authorities. 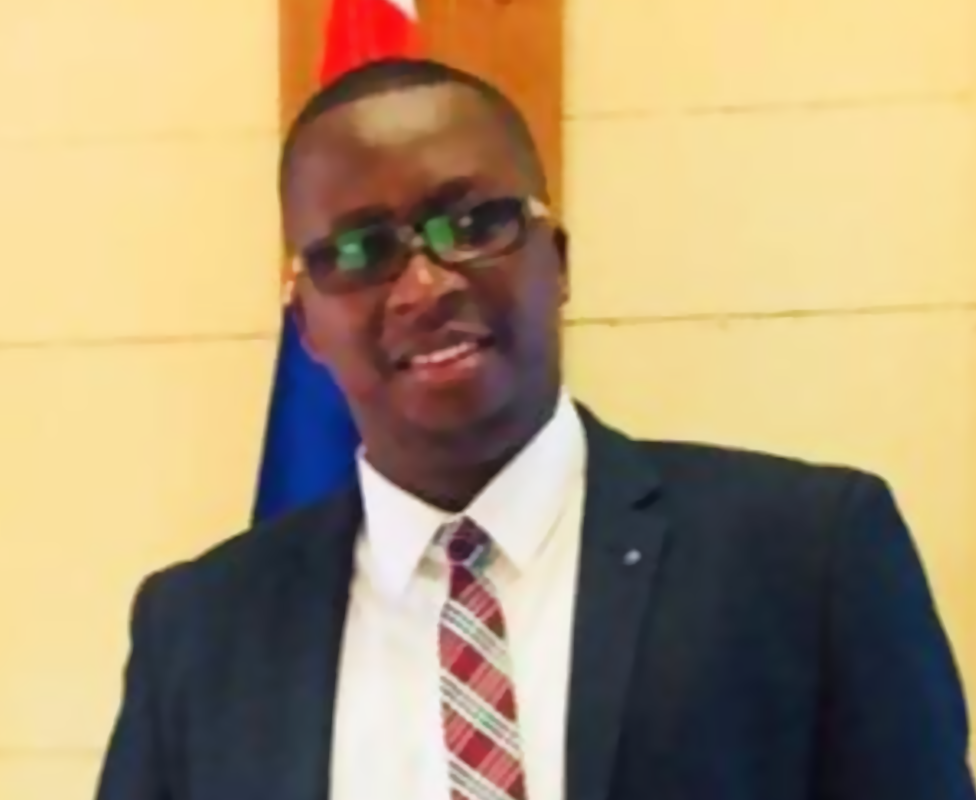 Noel ZihabamweThey often use this kind of kidnapping or murdering family members. This has to stop. We have had enough”Noel Zihabamwe
A Rwandan living in Australia

That was followed by the alleged abduction of his two brothers, Jean Nsengimana and Antonine Zihabamwe, who were reportedly taken off a bus by police officers near the Rwandan town of Karangazi in September 2019 and have not been seen again.

“They often use this kind of kidnapping or murdering family members. This has to stop. We have had enough,” Mr Zihabamwe said.

“We would like to see the Rwandan government restore democratic rights to all citizens, cease targeted killings, kidnappings, illegal arrests and campaigns of intimidation of former citizens, like me, who are living overseas,” added Mr Zihabamwe, who now believes his brothers are probably dead and has decided to speak out in public, despite what he believes are considerable risks for himself and his extended family.

“Why can’t they let the family know where their bodies are, so we can organise a formal funeral? There are many Rwandans outside who have lost or missed their beloved ones.

“I want to speak against injustice. We need leadership that can stand for everyone, not for some,” he told the BBC.

‘No basis to allegations’

The Rwandan High Commission in London dismissed Mr Zihabamwe’s allegations as “tired and recycled” falsehoods and a “cheap ploy by political detractors to get free media attention”.

But allegations such as these are considered credible by many researchers, human rights groups and foreign diplomats, who say the Rwandan authorities appear to have calculated that – despite provoking some criticism from Western governments – such actions, which have included several targeted assassinations abroad, never appear to result in any long-term damage to Rwanda’s international relations.

The Rwandan government has received widespread global praise and financial support, over decades, for its hugely successful development agenda, which has helped to combat poverty and transformed Rwanda into one of the continent’s most impressive economies.

“Their view is – we can do what we like, kill who we like,” said one source, speaking on condition of anonymity.

The case of the man, feted internationally – his story was turned into the Hollywood film Hotel Rwanda – for sheltering people from the 1994 genocide, attracted global criticism earlier this year after he was spirited back to the country to face trial on terrorism charges.

Kizito, as he was popularly known, had tried to cross Rwanda’s border illegally, the authorities said. They say he killed himself – a version which is widely disputed in the diaspora and by many analysts.

“The Rwandan authorities have a whole toolbox of tactics that they use to supress dissent at home and abroad, ranging from harassment to threats to illegal detention, disappearances, torture, and even extending to returning Rwandan dissidents from other countries back to Rwanda without going through extradition proceedings… and to threatening family members too.”

The Rwandan High Commission in London said such allegations had no basis, and were being spread by a “handful of opponents… in order to damage the image and continued development journey of Rwanda”.

In London, Abdulkarim Ali, an official in the opposition Rwandan National Congress, said: “Either you pay allegiance to the RPF or… you become an enemy of the state. We normally compare it to North Korea.”

In Canada, Mr Himbara described the Rwandan government’s ideology as one of “totalitarianism – a government that wants to control all aspects of the Rwandan people, even in the diaspora”.

The Rwandan High Commission in London said the government’s main focus was to lift Rwandans out of poverty and create a good quality of life and opportunities for all of them.

“The focus of the High Commission is not on a handful of opponents who consistently spread false information in order to damage the image and continued development journey of Rwanda.”